Marine turtles have been roaming the world's oceans for about 190 million years, and in Sri Lanka, turtle watching can be a truly enthralling and rewarding experience.

Five out of the seven marine turtle species come ashore to nest off our beaches – most common being the Olive Ridley, Hawksbill and the Green turtles. They can be seen throughout the year but the best time is between March to December with the ideal locations being off the West and South coasts of the island. Guided night walks give you a good chance to spot a turtle at her nest – the Turtle Conservation Project at Rekawa is a great choice, as you would be contributing to their efforts to protect the species as well. Throughout the world, marine turtles are hunted for their flesh, shells and eggs and they are now on the critically endangered list, so it is well worth a trek on the beach and a night under the stars to watch an incredible creature that once lived with the dinosaurs, but may not survive human cruelty. In Sri Lanka all sea turtles and their products are fully protected under the Fauna and Flora Protection Ordinance. Anyone found to be violating the conditions of this Ordinance is liable to face a substantial fine and/or prison term. 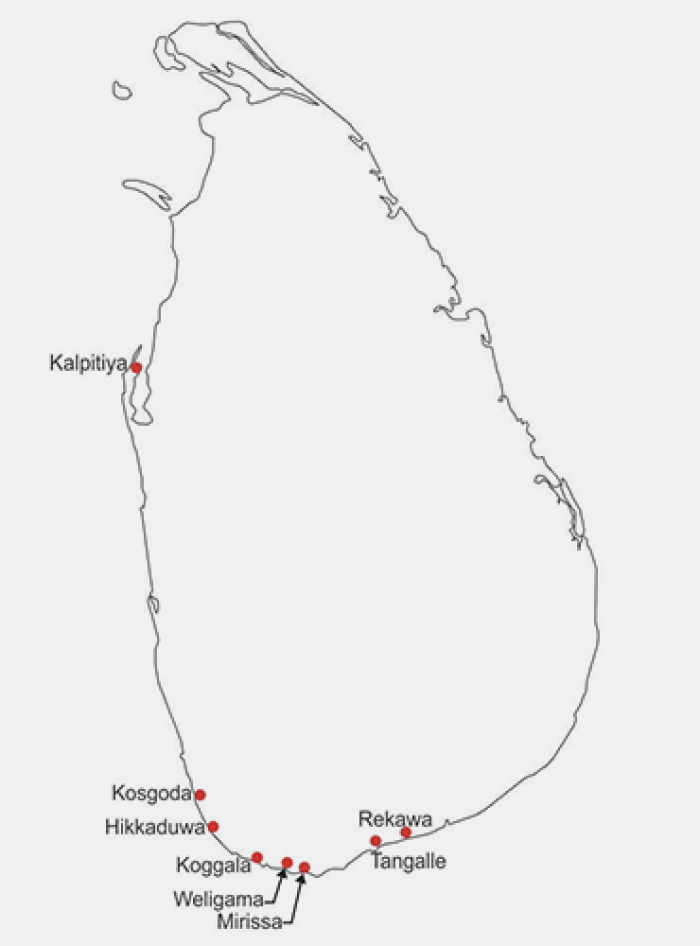