Experience one of the greatest thrills ever and get up close to the giants of the ocean.

For Whale watching, Sri Lanka is recognised as one of the best locations in the world. Extensive research over the years have found that the Indian Ocean surrounding Sri Lanka hosts the highest density of Sperm Whales, and is also home to Blue Whale - the largest animal on earth , as well as Fin Whales, Humpback Whales and Dolphins. The waters off the South beyond Dondra Head are considered ideal for Blue Whales, Sperm Whales and Spinner Dolphins, and the deep sea off Galle, Mirissa and Kirinda too. Off the North West coast off Kalpitiya, hundreds of Spinner Dolphins can be seen just minutes off the shore – fun loving creatures they often swim alongside the boats playfully. You can also catch sight of Dugongs, sting rays and the endangered marine turtles on your ocean excursion too. Most of these amazing creatures are not migrants, but remain around the island – so you have a good chance to catch them on one coast, if not the other. On the South and the North West Coasts the season is from December to April, when large pods of Dolphins and Blue Whales maybe spotted just a few miles offshore. 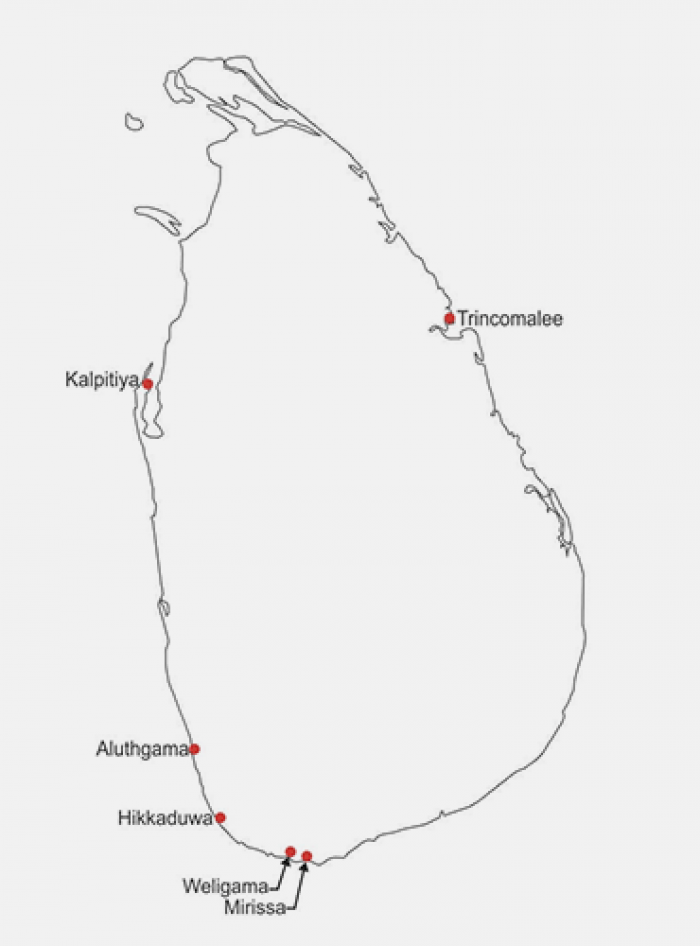