The small village of Dambana lies within the Badulla District in the central hills of Sri Lanka, and famed as one of the last refuges of the indigenous Veddha people of the island as well as their fast declining language and lifestyle.

Known as Sri Lanka’s ‘first people’, their present day descendants can claim a genetic lineage from as early as 18,000 BCE to the island’s original Neolithic community, and their traditions and beliefs have remained relatively untouched. The Veddha communities of today have survived by adjusting to the changes of modernity and a few scattered groups such as the Veddhas of Dambana have allowed outsiders to have a glimpse of their age old customs and ways. If going back to life as it was in the prehistoric times appeals to you, the isolated hamlet of Dambana is well worth a visit indeed. 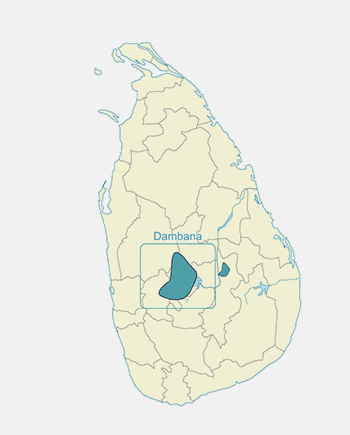