The largest and the best preserved cave monastery in the island, Dambulla is a sacred pilgrimage site for followers of Buddhism for no less than 22 centuries.

A cave complex comprising five sanctuaries, they were already established as important monasteries as far back as the 3rd century BC. At first, the caves were a refuge for King Valagambahu in 1st century BC. Returning from exile to his throne at Anuradhapura, he turned the caves into a magnificent temple for the monks who sheltered him. Protected and enhanced by successive kings it has continued to be a place of great religious significance up to today. The cave complex serves as one extended Buddhist image house. Its rock ceiling and interior walls are covered with intricate murals – an area of 2,100 sq metres with some of the frescos dating back over 2,000 years. The paintings depict Buddhist mythology, and tales of Buddha's previous births. This cave complex has the largest number of Buddha statues housed in one place including a reclining Buddha figure carved out of the rock, 14 meters long; and 157 equally impressive statues of Lord Buddha, ancient kings, gods and goddesses.

The famous Dambulla Rock Temple, also known as the Dambulla Cave Temple, is rich in history and cultural heritage. Standing approximately 100m high, the approach to the entrance of the caves entails climbing up the face of the rock, although stone steps have now been cut to make the climb easier. Whilst climbing to the entrance of caves, take time to stop and enjoy the view of the surrounding area, which is truly breathtaking. You can even catch a glimpse of the majestic Sigiriya rock a mere 20km away. Once within the caves one is treated to five separate caves, each offering a myriad of sculptures and murals of Lord Buddha, some of which are more recent than others.

The caves initially served as a place of refuge for King Valagamba in the 1st Century BC when he fled his throne in the then capital of Anuradhapura to escape the invaders from South India. The caves offered the King a place to dwell for 15 years. However, King Valagamba went on to regain his throne and had the interior of the caves carved into the beautiful rock temple in gratitude for offering him refuge. Subsequent rulers of Sri Lanka also added to the adornment of the caves, thus ensuring it remained a major religious shrine. King Nissanka Malla from the Polonnaruwa period was responsible for gilding the caves and the addition of 70 Buddha statues in 1190AD. The Golden Temple of Dambulla was declared a UNESCO World Heritage site in 1991

The Dambulla Museum is located a short distance from the parking area to the main caves. The Museum contains recreations of the ancient murals seen in the Dambulla cave temples as well as some historical artifacts which are accompanied by detailed explanations in English. These are all housed in a large building and offer interesting information to history and art enthusiasts on Sri Lankan art from cave murals to 18th century frescoes. A nominal fee entrance fee is charged, but inside you will find enthusiastic staff members who are eager to show you around and offer explanations.

The Nalanda Gedige is not a very well known tourist attraction, although visitors who do venture out to see it are sure be happy that they did. Located just off the A9 route, about 25km north of Matale, the Nalanda Gedige is an amazing archeological site and is said to be one of the earliest constructed stone buildings in the country. The structure itself is built in the style of a South Indian temple and yet there isn’t a single statue of a Hindu God in sight. In fact it is said to have been used by Buddhists. This extraordinary fusion of Hinduism and Buddhism includes Hindu elements combined with tantric Buddhist carvings, which makes for quite a unique viewing. Unfortunately, most of the carvings are weather beaten and this difficult to see. However, a visit to the Nalanda Gedige is recommended purely for its unique architectural style. 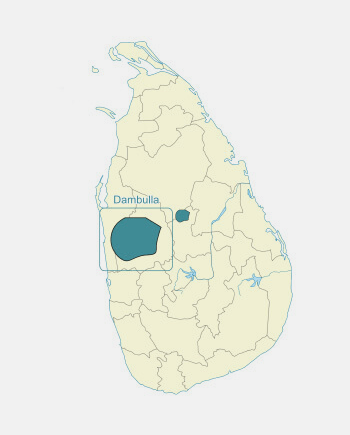