The adventure sports capital of Sri Lanka, Kitulgala – a small village on the Kelani River in the Western hills, offers the thrills of white-water rafting, jungle trekking, bird watching and cave explorations to travellers looking for an action packed holiday.

It is also a popular destination for outbound training programmes. This is an area of rolling hills, tropical rain forests and winding rivers, snug in the wet zone with two monsoons each year. For white water enthusiasts, the river offers enough spills for experienced paddlers and novices alike. However, it is imperative that you do so through a reputed and certified operator with qualified guides. Kitulgala offers rafting on Grade 3 and 4 rapids down the Kelani River swishing down through jungle, tea and rubber plantations. Just off the river, a small primeval forest, home to about 54 rare species of birds offers exciting explorations for the nature lover.

In recent years Kitulgala has become synonymous with the words “White Water Rafting”. It is undoubtedly THE place to go if you want to engage in this exhilarating activity in Sri Lanka. The Kelani River boasts an impressive number of major and minor rapids in the vicinity of Kitulgala, thus making it the ideal location to engage in this pastime. Whether you are a seasoned white water rafter or a beginner looking to experience white water rafting for the first time, instructors in the vicinity will be able to guide you towards which areas of the river are best suited to your particular level of expertise. For those travelling with families which include children, it is possible to travel on some of the flatter areas of the river, thus still enabling you to still experience the wonders of the Kelani River and its surrounding scenery.

The serene town of Kitulgala is located in the wet zone of the island and you will be enchanted by the beautiful rain forests surrounding the powerful Kelani River. Safety precautions, equipment and training are provided by training centres which operate in the area and it is highly recommended that you seek their expertise and have someone accompany you. Make sure you do not venture out alone by any means. A variety of options are available depending on your skills and ability.

The lush rainforests of Kitulgala are an ideal place to go if you enjoy engaging in the time honoured pastime of bird watching. Located in the wet zone, this town is higher up in the hills, with the scenic Kelani River gushing through it. The Serendib Scops Owl, Sri Lanka’s most recently discovered bird, was originally heard in the forests of Kitulgala. The area is also home to rubber plantations where one may be able to catch a glimpse of a Mountain Hawk Eagle, Crested Treeswift or even a Layards Parakeet. The surrounding lush greenery is also home to many of Sri Lanka’s endemic bird species including the Orange billed babbler and the Chestnut Backed Owlet.

Although in the recent past Kitulgala has become a popular destination for white water rafting, in days gone by it was most renowned for being featured in the Academy Award winning film “The Bridge on the River Kwai” which starred the legendary Alec Guinness, who incidentally also won an Academy Award for Best Actor in a Leading Role. Produced by Sam Spiegel, this movie won no less than seven Academy Awards and has since been declared as "Culturally, historically, or aesthetically significant" and selected for preservation in the United States Library of Congress National Film Registry. Although this fictitious story is loosely based on the building of the Burma Railway during World War II, the set for this historical movie was located in Kitulgala. The bridge featured in the movie, which is eventually blown up, was in fact constructed across the Kelani River - although all that remains now are the concrete foundations on which the bridge was constructed on. Skilled divers with the right equipment may still be able to see the concrete foundations for themselves. The Bridge on the River Kwai is widely considered to be one of the greatest films of all time and Kitulgala is proud to have played such a major role in its overall success.

The dense rain forests of Kitulgala are ideal for a day spent trekking in the jungle. Be warned though that the terrain is not easy due to the density of the forests and it is highly recommended that you do not venture out on your own, but have a guide accompany you. This is the country’s wet zone, and unfortunately with the beauty of the surrounding lush rain forests come the pesky leeches. Make sure you have plenty of leech repellent (salt solution or the local Ayurvedic balm Siddhalepa is highly recommended.). Make sure you also have appropriate footwear and that you carry plenty of water with you. While you are likely to witness some of the areas pleasanter wild life, such as birds and butterflies, unfortunately the area is also known for reptiles including some venomous snakes. So be vigilant at all times. That said, trekking the jungles of Kitulgala is sure to be an adventure which is second to none, so as long as you are well prepared, you are sure to return with some wonderful photographs and amazing memories. 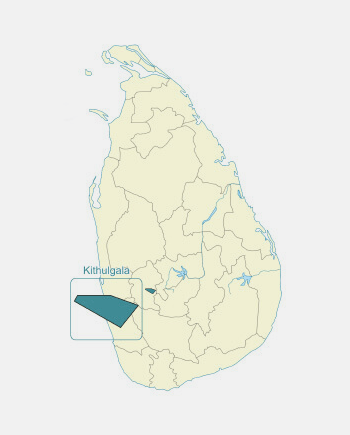