Declared a wildlife sanctuary in 1905, Wilpattu National Park is one of Sri Lanka’s oldest national parks.

It covers an area of over 131,000 hectares stretching from the north western coast to the north central province, and comprises a complex of lakes called ‘Villus’ surrounded by grassy plains, set within scrub jungle. Although the biggest attraction at Wilpattu is the elusive Leopard, all of the `big game’ in Sri Lanka including elephant, sloth bear, water buffalo, and spotted dear are found in abundance here. Being less accessible than the other national parks, Wilpattu remains unspoilt and uncrowded – a haven frequented by true nature lovers. The extensive park consists of varying habitats: coastal belt, natural lakes (villus), cliff tops, scrublands, open grasslands and dense forest. While this diversity houses many mammal and reptile species, Wilpattu is also famed for its birdlife – primarily endemics. The coastal belt and natural lakes attract many waders and migrant species too. Apart from its wildlife, Wilpattu and its surroundings have great historical significance too – it is believed that in 543 BC Prince Vijaya arrived here from East India. 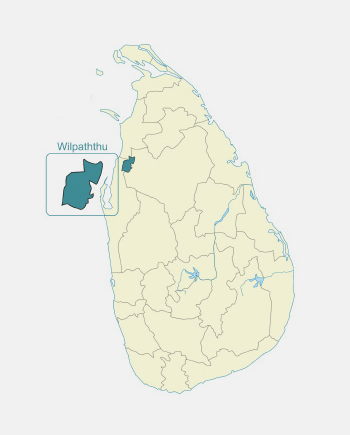