Hidden away high in the central mountains at an altitude of over 6000 feet, Nuwara Eliya is the resort capital of the hills – and a world away from the hot tropical beach atmosphere of the coast, not just in climate but in its character too.

The British planters who flocked to the region to grow tea in the mid-19th century developed Nuwara Eliya as their summer retreat. Created as an exact replica of an English town it is often called ‘Little England’; and with its primarily colonial architecture, the stately Victoria Park, golf course, racing track, boating lake and grand period style hotels – and the cold, frequent showers of rain adding to the illusion, you could well be in an old English country town. This is the heart of the tea country, and is also a good base for excursions to discover other attractions of the hills. Sri Lanka’s tallest mountain range ‘Pidurutalagala’ looms over the landscape, the surrounding forest is a treasure for nature lovers and the Hakgala Botanical Gardens close by is known for its roses and rare ferns.

Sri Lanka is famous for its Ceylon Tea and Nuwara Eliya has been the heart of Sri Lanka’s tea industry since it was first introduced to the island in the 19th century by the British. As you approach the Nuwara Eliya town which is situated on a plateau, you will see acres and acres of hills covered in beautiful green tea bushes. There are hundreds of Tea Estates in the vicinity of Nuwara Eliya, some of which conduct tours and have tea houses where visitors can sample some of the brews being created. Some tea estates also allow visitors to take tours of their tea factories where they can witness the process first hand.

Pidurutalagala is the tallest mountain in Sri Lanka. Also known as Mount Pedro, Pidurutalagala is located in close proximity to the town of Nuwara Eliya. Positioned in the heart of the Central Province it is considered a haven for trekkers. The scenic beauty which greets those who are brave enough to venture up this fabulous peak is indescribable. However, the journey entails trekking through dense jungles and across streams, all with the constant risk of coming under heavy mist cover. Thus, trekking here is certainly not for the faint hearted. The area is home to many endemic plants, birds and animals, including rare botanical life. The peak is considered a High Security Zone and for many years has been home to a large military base, so it is best to make enquiries prior to planning an adventure in the area.

Located in a town called Sita Eliya, the Sita Amman Kovil is just 1km from the Hakgala Botanical Gardens and a short distance from Nuwara Eliya. This colourful Hindu place of worship is deep seated in legend. The Kovil is said to be built upon the site where King Ravana supposedly held Sita captive in the epic story of the Ramayana. Furthermore, it is believed that the circular impressions which can be seen on the rock face in the stream across from the Kovil were made by the footprints of King Ravana’s elephant. Thus, the Sita Amman Kovil is a popular site of worship among many Hindus from across the island. The temple itself depicts a strong South Indian influence and is set beautifully against the cool and clear flowing waters of the nearby stream.

The Hakgala Botanical Gardens is only one of four botanical gardens in Sri Lanka and is the second largest of its kind in the country. Initially established in 1861 in order to test the cultivation of Cinchona which was then being considered as a commercial crop, it was later used to experiment with the cultivation of Tea crops. 1884 saw the transformation of the area into a botanical garden. Over the years there have been many varieties and species of plants which have blossomed in these gardens. The spring blooms attract thousands of visitors both local and international, most of whom visit the gardens to views the many species of Orchids and Roses for which the Hakgala Botanical Gardens are famous for.

Located within the city limits of Nuwara Eliya, Galway’s Land National Park is one of the island’s smallest and most recently established national parks. This dense patch of mountainous forest is a few kilometres outside of the bustling Nuwara Eliya town and is home to a variety of wildlife, some of which are endemic to the island. The Galway’s Land National Park is also a significant birding site with approximately 20 rare species of migrant birds as well as approximately 30 local species of bird being sighted. Visitors also stand the chance of catching a glimpse of mammals such as wild boar and barking deer which frequent the area. 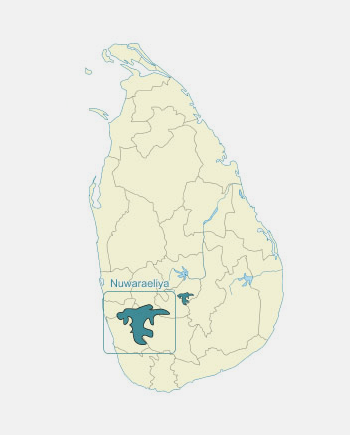