At the heart of Sri Lanka’s tea country, Hatton was a busy hill station during the colonial era and continues to be so.

Apart from the tea plantations, the town is best known as a getaway to Adam’s Peak and the Sinharaja rain forest reserve. At over 4000 feet above sea level, the climate is cool and the landscape is quiet and peaceful with waves of tea covered mountains sloping down into tranquil lakes. The town itself is bustling with commercial life, and the train station especially is a hub of activity. Many of the old tea plantation bungalows serve as hotels and guest houses offering a total ‘tea experiences’- taking one back in time to another era, as well as giving good insight to the process of tea from leaf to cup. Many relics of Hatton’s colonial past remain, and are well worth visiting especially if you are a history buff.

Adam’s Peak or Sri Pada as it is more commonly known is a much revered place which attracts thousands of pilgrims and tourists every year. There are many legends associated with this famous peak. Christians and Muslims believe that it is the place where Adam first set foot on earth and that there is an imprint of his foot atop the peak; hence the name “Adam’s Peak”. Buddhists believe that the huge “footprint” is that of Lord Buddha’s, hence the name Sri Pada which means sacred foot. Hindu’s believe that the “footprint” is that of Lord Shiva. The peak is also known as Samanalakanda, which means “Butterfly Mountain”, aptly named after the many butterflies that frequent the region during their annual migration.

Irrespective of their beliefs, Adam’s Peak attracts a great many visitors during its season, which is from December to May. During this season the route to the summit is lit with many lights which twinkle in the night making it a truly magical sight. Numbers peak during January and February, and visitors are advised to avoid Poya days as it gets extremely crowded.

The attraction is to climb the mountain during the night so that you reach the summit to witness daybreak. Just after dawn the sun casts the shadow of the peak on to the clouds making it a truly unique experience. On a clear day it is possible to view the magnificent hill country to the east and even the coast of Colombo which is located 65km away. This lofty mountain has been a focus for pilgrims since ancient times. However, be warned that it is quite a climb, with over 5000 steps. It is also essential that you dress in an appropriate manner as it can get quite cold during the early morning climb. 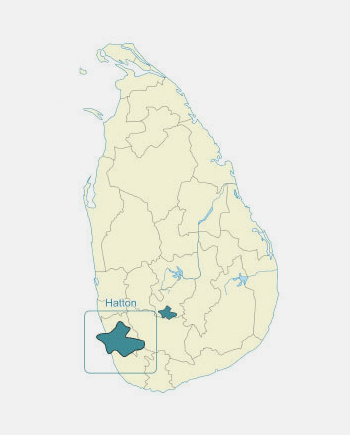