Sri Lanka is blessed with over 400 registered water falls which all begin from the central parts of the island and most of it ends up in the Indian Ocean.

Considering the size of the island this is a large number and probably the highest for a country of its size. The highest is ‘Bambarakanda Water Fall’ (241 Mtrs) in Kalupahana and some of the most beautiful are Diyaluma (Koslanda), Dunhinda (Badulla), Devon (Thalawakelle), St. Clairs (Thalawakelle) and Bakers falls (Horton Plains) just to name a few. Interestingly, these waterfalls contribute immensely towards another great attraction in the island which has now become World famous. It is the sighting of the Blue whale and the Sperm whale which is home to Sri Lanka right throughout the year unlike any other place on earth. The reason being, the water falls which start from the mountains, wash though the forests and other terrain for over 100 km turning into large rivers before falling into the Indian Ocean. At the end, it carries with it so much nutrients, insects …etc., to the sea that there is plenty of life at the banks of the shores which serves as a dining table for the marine life including the Blue Whale and the Sperm Whale. Some of these water falls have many folk tales behind them connecting them to the Gods and their religions which are interesting to read on. 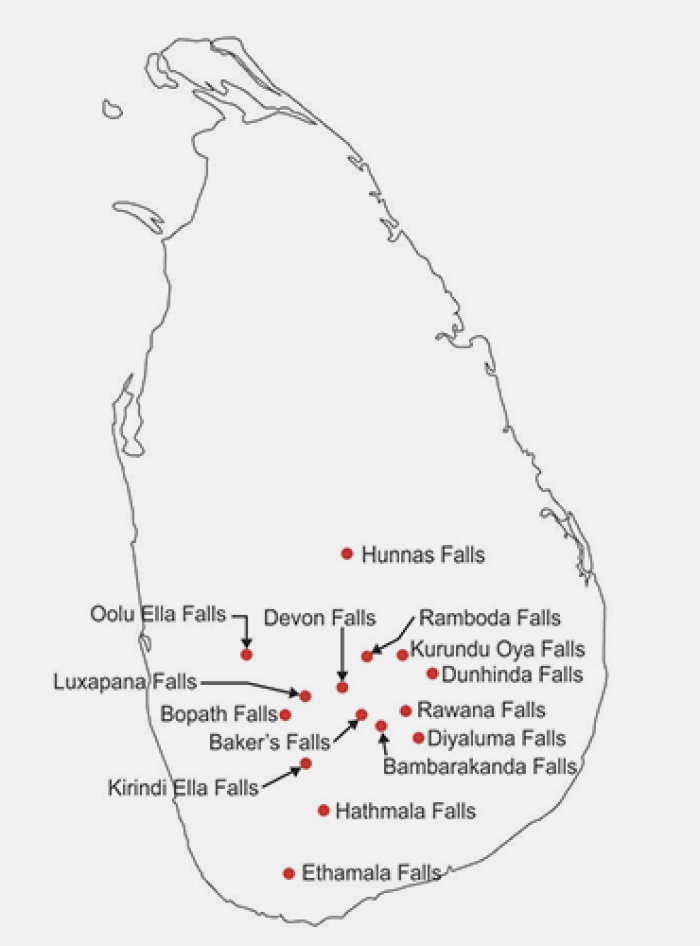